The term Science Fiction, or SF, is broad in nature and tends to create an uncertain foundation within its long history. If we want to be nitpicky, we can throw out important novels, or stories, in favor of others less inclined to the fantastic and technological landscapes normally associated with the SF universe. But more often than not, and this can be said for all writing in general, what defines a genre is either an academic attempt at restricting something unique and immutable for study, or an aid for shelving books. In addition to that ambiguity, SF as a whole acts more as an umbrella with a whole slew of sub-genres and branches that do not necessarily exhibit certain trends or tendencies with each other; if looking at them as a spectrum, it will be difficult for one end to touch another. In short, SF is not so easily categorized. But in spite of these incongruities, we can still see certain tropes, themes, characterizations, and settings that shape, color and map out SF fiction. Much like a sherpa or usher guiding you to your seat in a darkened theater, these designs help find your place within certain fiction. And while these broad literary tools permeate all of fiction, they follow certain tendencies or paths in SF and will sometimes overlap other (sub)genres within the SF umbrella. So what we’ll do know is examine a few modern novels within the SF realm and pick out a few literary tools that give SF a bit more definition.

What sets SF apart from other literary genres?

Mario Vargas Llosa, in his Letters to a Young Novelist offers various literary techniques to construct a novel, or story. One particular element which he describes is Levels of Reality. In terms of narration, the story is relayed in two primary ways: the Real and the Fantastic. This is a very broad summation, but can be boiled down to this: the Real is presenting a world in which our everyday life can be experienced; the Fantastic cannot be delegated to our current environment. This opens up a broader discussion, but I’ll simplify it by combining both: SF belongs to a world of both the Real and Fantastic, as one of my teachers called it, the Heterocosm. SF is born of both worlds, it is grounded in a very real environment, with realistic settings, characters, politics,economies, histories, but contains extravagant or fantastic elements that are beyond our normal world, as Robert Heinlein put it succinctly: “One man’s magic is another man’s engineering”.

SF predominantly revolves around an expedited push in the technological realm (though there are exceptions) lending the narrative to a possible future, or past, in which technology typically plays an auxiliary role, mainly in the environment more so than as a Macguffin. In constructing a SF narrative, the “science”surrounding the technology shouldn’t necessitate explanation unless it is pivotal to the story or character. In a novel like Snow Crash (1992) by Neal Stephenson, the technology is blistering, overwhelming and at the very center of the narrative; the narrative devotes several chapters that go into detail explaining the very nature of what is happening because of a catalyst caused by the technology, and its consequential history that goes back to ancient Sumer. Not only is technology the backdrop, but propels the narrative in unique and sometimes surreal ways.

In a novel like Neuromancer (1984) by William S. Gibson, the protagonist Chase is knowledgeable of the technology and is called upon by forces within the narrative due to his expertise. With a character embedded in the technology of Chiba City, the narrative focuses on the character without diving too deep into the “science” of the world. We instead are thrust into the environment like children and are expected “to know” the logic and function of the environment as if we had been living there for hundreds of years. At times, the novel becomes a kaleidoscopic labyrinth of technical jargon that leaves the reader wondering what it is they are actually witnessing. While the flash and visual barrage of Neuromancer can be confusing, its central character acts as the anchor to which we cling to find our meaty bearings.

SF can also eschew technical wizardy in favor of the sociological or anthropological. All fiction is asking the fundamental question of what it means to be human, but SF in particular takes that leap forward. “Night City was like a deranged experiment in social Darwinism, designed by a bored researcher who kept one thumb permanently on the fast-forward button.” (Neuromancer)Margaret Atwood, while discarding the moniker of Science Fiction in favor of Speculative Fiction, examines the human experience in terms of the near or far future while having acknowledged past or current trends of human culture and sociology. In writing The Handmaid’s Tale, Atwood looked to the past for developing a future dystopia where state sponsored rape is included in the very fabric of a theocratic government. The future that Atwood explores takes a different approach in examining the human experience by foregoing the technical flash and cybernetic pomp of most futurist SF, instead Atwood focuses on the complex social and religious fanaticism within a future dystopia to present another view of humanity.

Very similar to Atwood, Ursula K. Le Guin takes an anthropological approach with her novel The Dispossessed. Instead of looking at Puritanism to develop the worlds of Anarres and Urras in the system of Tau Ceti, Le Guin takes on pacifist doctrine, Eastern philosophy and creates a somewhat anarchist utopia. While the idea of a utopia can be troubling, The Dispossessed does not shy away from difficulties presented on the desert planet of Anarres. Le Guin examines the complex nature of socio-cultural interactions within two forms of government; on one end is the hypercapitalist A-Io duking it out with Thu in a cold war, and on the other is the desperate situation of Anarres and the Odonian teachings guiding the people that live in an inhospitable world. The technology of the ansible and interplanetary travel is as common as air in the world of The Dispossessed¸ and is threaded within the narrative, used to not only move the protagonist Shevek, but also move the political dynamic of two very different worlds. The novel isn’t focused so much on Shevek’s creating the ansible, but on what the ansible can do, which is ultimately to communicate, create a bridge between different ways of life. Ultimately this narrative is focused on the characters and the impact this ‘technology’ will bring to the galaxy, while generating some exposition into the “science”.

Arkady and Boris Strugatksy take all these designs and construct a pristine narrative that focuses on a titular anti-hero, another common trope within SF. While not originated in the genre, the anti-hero defies the typical manifesto of a protagonist and instead focuses on the selfishness of the character (much like Chase in Neuromancer). Roadside Picnic is not a SF novel in which the protagonist learns something and changes for the better, but instead changes because he has given up, because his selfish pursuits have cost him more than he bargained for. There is no clear antagonist and no moral code for Redrick to pursue and given the catalyst for the narrative, human nature is presented unfiltered and free of white washing. In a world where an alien Visit has literally altered the landscape, the novel focuses on the characters, their motives, and the peculiar possibilities of something so mind boggling that no one on planet earth can truly understand what has happened, and yet an entire economy is built around it and government agencies have cracked down to stop the black market of goods thriving from it. The Strugatsky brothers have taken pieces of the socio-economical-anthropological technological framework of all the novels mentioned above, while predating them, and have presented mankind as it is in a future world where the natural order has shifted unexpectedly. Roadside Picnic is a prime example as to why SF is such a unique and insightful form for writing.

SF is such a broad genre that continually expands and produces challenging environments to make us see our own world with fresh eyes. With SF it takes a willingness to experiment with current and past political and cultural events in the human experience, to utilize the technological imagination and paint an environment in which characters inhabit and continue to experience similar problems or solutions that we have today and essentially stir the pot to witness what happens. As SF writers we have to be anthropologists, sociologists, futurists, historians, politicians, and active observers of human nature within the past as well as our current time. We have to be willing to take what we see and translate it into a narrative that isn’t obsessed with technical wizardy for the sake of show, but to tell a real and ultimately challenging truth to our world now, or what it could be.

The real goal of writing boils down to this: to develop a good sense of character, setting and situation, and follow your character(s) to the end, whatever that may be: we can get caught up in an endless literary toolbox that reaches an apex of complexity, and for that,there are amazing memoirs and takes On Writing by literary greats, but for brevity’s sake, we’ll simplify it to those three elements as the foundation. For writing SF, it takes ambition and risk to develop these characters in an unknown world that is grounded in a realistic environment while taking risks in the fantastic, but most importantly, it takes a unique sense of wonder and absolute belief to construct a future in which character/humanity still struggle with the fundamental question: what does it mean to be human? 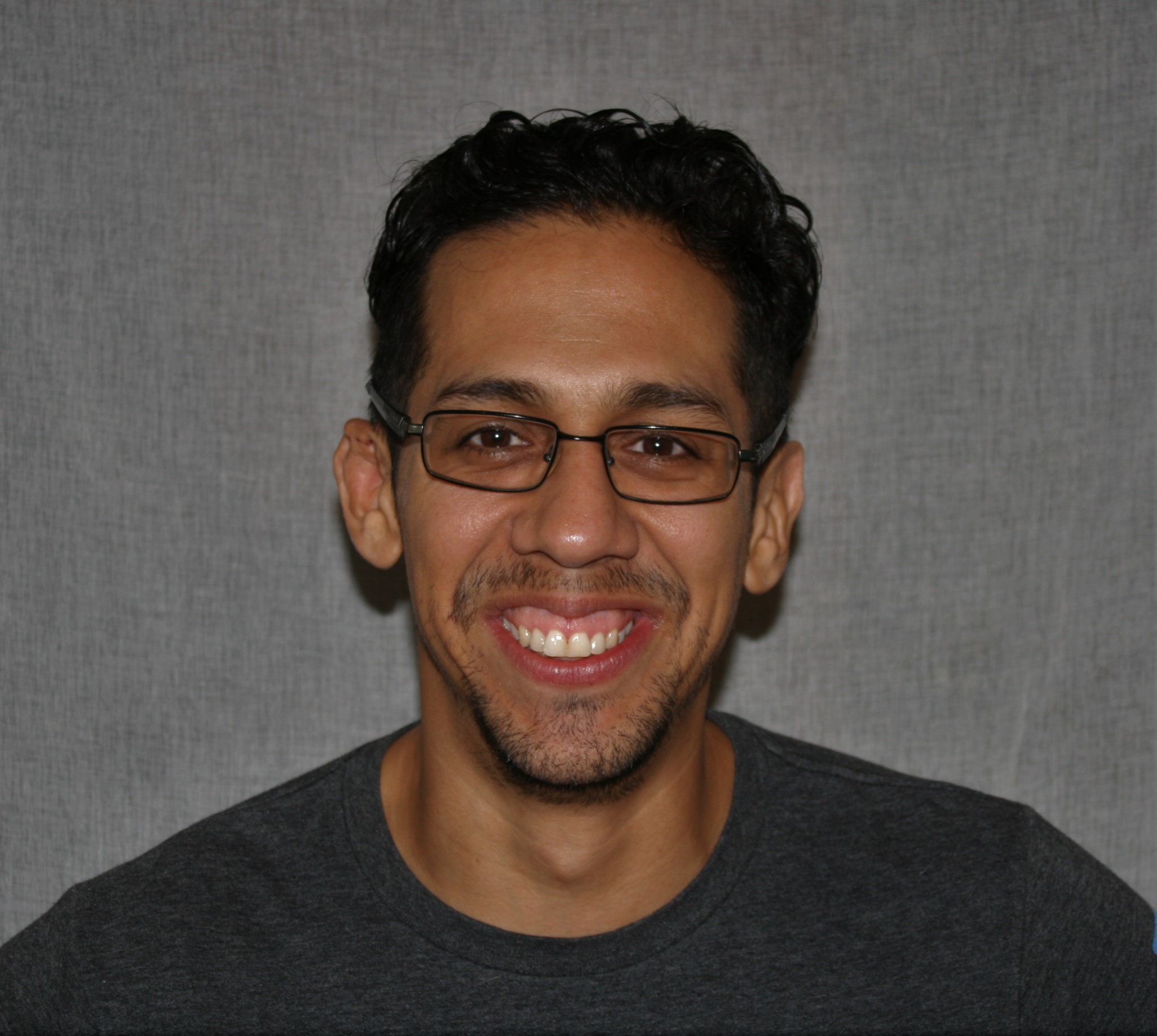